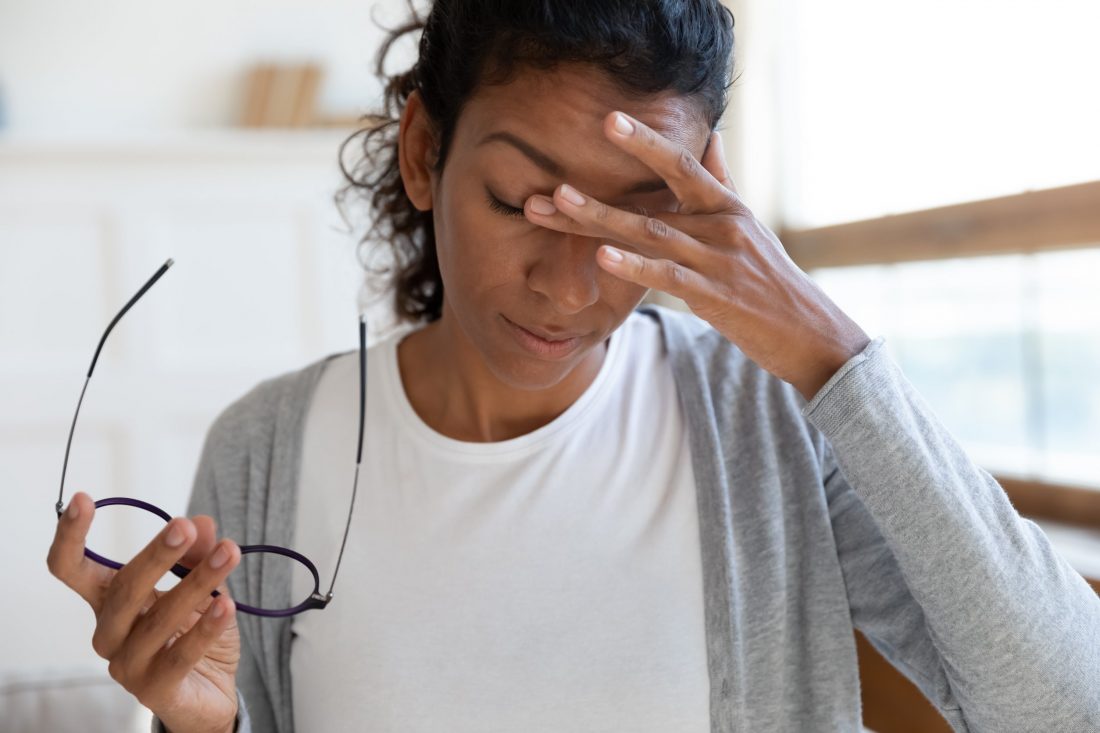 If you were to experience all of the above symptoms simultaneously, would you feel the need to see the GP? Or perhaps you would feel as if you were going crazy? Or that you simply need a bit more sleep to ease them?

These are just a sample selection of symptoms that, according to Perimenopause Support UK, comprise the 34 most common symptoms of perimenopause. This is the notoriously tricky in-between time whereby your fertility is slowing down… but not quite finished with you yet. It is different for each woman, lasting months or years and experienced differently based on the culture and context in which a woman finds herself. It can be mild or extremely debilitating. The only concrete in this oestrogen-deprived equation seems to be that it ends when your monthly cycles have ceased for 12 months, as at that point you will have entered the full-blown and better-known menopause. With half of the population undergoing this experience, it is only equitable that the effects of the menopause have recently had renewed exposure in the media.

But what about those nebulous years beforehand, when your body begins to show signs that wax and wane without reason? This is especially true in younger women who haven’t considered this phenomenon as a possibility just yet.

Perimenopause is often dismissed or downplayed because the symptoms are so all-encompassing and individual at the same time, that many women seem to chalk it up to the interminable stressors of the daily grind. In a recent study, investigators found that women in middle age (as defined as 40-65 years of age) often struggle to find balance in the midst of a confluence of multiple co-occurring stressors. Not only are they actively contending with work pressures but they are also grappling with family pressures (angsty teens, children fleeing the nest, prospective divorce), while potentially tackling financial issues and the attainment – or lack thereof – of personal goals. Not to mention the possible illness or death of their own parents or generational elders. In this indistinct haze of competing demands, it is easy for women to disregard the symptoms mentioned above as merely par for the course. Yet women can attempt to gain control back over their hormones and, ultimately, their life in the run-up to the end of their childbearing years.

World Perimenopause Day is 11th October. With 86% of women stating that perimenopause caused mental health issues for them, it is crucial that we raise awareness so women can seek help and improve the quality of their life. The best way to manage the myriad symptoms of perimenopause is by prioritising self-care. To facilitate this, look after your wellbeing (by eating healthily, aiming for high quality sleep, exercising/moving your body) and consider medications in conjunction with your healthcare professional (oral contraceptives/HRT, anti-depressants, supplements). Your healthcare professional can also help with potential access to psychological talking therapies, considering the statistics outlined above.

By ensuring that women know it is a natural physiological process that is at the root of this cascade of symptoms, it empowers them to know they are not alone. Hopefully it will also encourage them to seek support and treatment interventions, such HRT and CBT if necessary… enabling them to keep those work, relationship and family plates spinning as successfully as possible.

If your sundry symptoms are affecting your ability to work, learn how we can help you to maintain your quality of life through the very real phenomenon of perimenopause.

Working To Wellbeing (W2W) provides consultancy and intervention for health and wellbeing at work. We provide wellbeing and rehabilitation services, supporting employees with physical health, mental health and long term conditions, the 3 key causes of presenteeism and absence. We join the dots between the physical and mental health issues that cause and perpetuate poor health. Our specialist clinicians are highly trained to provide a truly integrated service that results in health behaviour change and optimum work capability.

You can find out more about which cookies we are using or switch them off in settings.

This website uses cookies so that we can provide you with the best user experience possible. Cookie information is stored in your browser and performs functions such as recognising you when you return to our website and helping our team to understand which sections of the website you find most interesting and useful.

Strictly Necessary Cookie should be enabled at all times so that we can save your preferences for cookie settings.

If you disable this cookie, we will not be able to save your preferences. This means that every time you visit this website you will need to enable or disable cookies again.

This website uses Google Analytics to collect anonymous information such as the number of visitors to the site, and the most popular pages.

Please enable Strictly Necessary Cookies first so that we can save your preferences!